SOMETHING IN MY THROAT 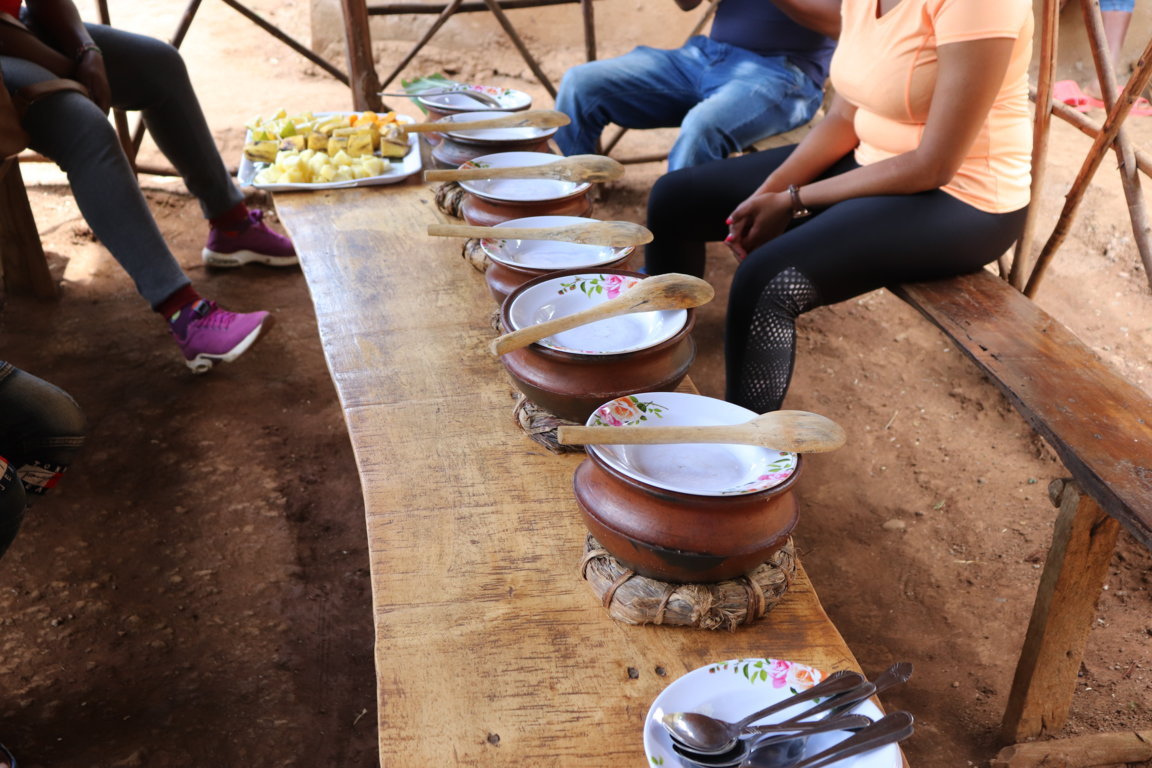 This is a difficult one. I’ll explain why a few sentences after these. The anxiety that came with the planning. Someone was in charge of the itinerary. She is good at it. She makes our lives easier. Particularly mine. “Here is the plan,” she started.

“Day One, Nairobi to Arusha, with a few stop over for selfies with views of the highest mountain in Africa”. Who doesn’t want that?

I have traveled this road before. I know it well. In Fact a few inches past the border, but nothing beyond. The best part is always the company, and this time there are six of them.

Let me first explain why it’s a difficult one to write. You guessed it right. I did not travel. The worst part is I was the only one out of the seven that didn’t board that beautiful van. Things happen. They say it’s part of life. So something came up at the very, very last minute. So I bailed.

Looks like I’ll have to end this one here. I have no story to tell afterall.

Wait a minute. There are six souls that traveled. Seven if you count the vibrant driver. So maybe this will be one of those ‘Based on a True Story’ type of writing. If it turns out boring, blame the Narrator. Hehe.

Day one, Outside a popular mall in Nairobi. I meet Peter, the van owner and driver. We’ve never met before, so prior to the trip we exchanged a million calls with a lot of confirmations, particularly from my side.

You should have seen the team planning for this prior to the day. We even had meetings to discuss ways to cut the budget. Places to visit. Ways to cut the budget. You’ve already mentioned that Kris. Yeah I know. That was the major issue. Budget cuts. If we were given this government to run for just a day. The Chinese would be happier people with all their debts paid.

After all that planning, a budget of USD.250 was reached at. Follow the read and see how this worked out.

IS ARUSHA SAFE – by Sheila Minayo

Is Arusha Safe? Isn’t it weird that the first thing you read/find on search engines when searching about a place is safety? Like they say, every market has its own mad man so I want to believe every country has an inch of insecurity it just depends where you’ll hang out.

We set to leave at 7 and arrive at noon so we can have an Arusha city tour but it never panned out as planned. We left Nairobi at 8.30 😊. The ladies had to take tea and also went snack shopping. While the only gentleman without counting the driver was left to take care of their big suitcases. He seems good at it. Everything was intact when we came back. hehe.

We got to Namanga border at around 11.30 and as usual, those who didn’t have passports went to print the temporary ones and have their passport pictures taken. Yellow fever was also a requirement so those who didn’t have one also had to get pricked. It’s pretty simple at the border. If you are an EAC citizen at least. There wasn’t a lot of traffic but what beats me is we spent 2 hours and I cannot say what we were doing for those hours. Strangely, why isn’t a yellow fever card a requirement when flying but on the road it is? Baffling! Lanes Sheila, Lanes. I kept reminding myself.

One thing to note is, Kenyans are crazy when it comes to driving, little to no regard to traffic rules but once you cross that border, my friend, you have to be humble. Speed limits and all road signs have to be adhered to. The Tanzanian cops love that Kenyan plate also. Our first stop, they checked randomly if we had the right documents. Easy peasy. We also watched as the speed cop measured speed with that huge gun-like thing. They call it radar, right? They don’t play trick on you by hiding on top of a tree like their counterparts in Kenya. “Hii ni maeneo ya hamsini, yule anakuja kwa kasi mno”(This is a 50 km/hr zone, the oncoming is moving very fast). Part of the convo we were privy to. We left, not sure if the  ‘yule anakuja kwa kasi mno’ guy was arrested or not.

The next stop was the most hilarious. We were stopped and fined for not stopping at a Zebra crossing sign. We thought you only stopped when there were pedestrians. Here is what the lady cop said, “Kulikuwa na nia” Meaning we should have stopped to check whether there was anyone with the intention to cross.

The drive is amazing. The roads are good. There isn’t much traffic. The views are amazing as well.

We got to Arusha around 3.30pm. Headed straight to our Airbnb only to find that the location tagged wasn’t it. Got different directions but I must say, these people do not have any hurry. We packed somewhere and waited for the owner to get a guy to come show us the place. The owner even lied that the guy was late because it was raining, Hahaha. We got to the house and guess what, there was no rain. Anyway, the place was beautiful. Worth the wait and affordable too. Told you we are on a budget.

The house was a 4 bedroomed house. The host had taken the sofas for renovation but who needed sofas anyway? He had a nice outdoor seating but we were hell bent on trying out Arusha night life that we never got to enjoy the outdoor seating.

We had lunch/dinner at around 7pm at Uzunguni Park. The food was horrible. Allan, the only guy in the company of 5 ladies, got to eat 1 banana and mishiri. Also if they say rosti, it means stew not roast. Culture shock is always my best feeling when I travel anywhere. I always look forward to it.

One thing I took home is that Arusha doesn’t have a culinary taste. Man the food we ate was bland ..aaarrrggh!!

Night one we went to Kipong’ and we had a good time. We got there at midnight and the place was packed. No seating area but we eventually got a place. Funny enough we didn’t see even one bouncer like is the norm in Kenya’s nightlife setting. The most hilarious thing was that the deejay would shout through the music that someone’s car had been knocked.. “T….gari lako limegongwa”

Night two we went to The Hub. It’s a bougie kind of place. Where the cool kids hang. I saw a lot of video recordings on my phone for tiktok and IG live. We had food plus a few drinks. We didn’t stay as long as we wanted as we had an early morning to Moshi. One of us had a Teams meeting. I love this new way of working. You can be in Arusha and still be in a meeting with peeps from Nairobi. No videos though. This should be the new norm forever, ama aje?

Night three we were so tired we just partied at the hotel where we were staying. We had games and drinks till 2 am.

I must add that alcohol in Arusha is very affordable.

Napuru waterfalls. We were brave enough to take ourselves using google maps. Atleast google didn’t fail us here. No guide. It really is well organized. Once you reach there, you’ll get a guide from their office. Its such a serene place. The drive to the office is rough and requires a 4 wheel drive. Its an easy hike about 20 to 40 minutes hike. The fall wasn’t as magnificent but its because of low rain.

Materuni Water falls. We did this hike on the day we were coming back home and this was the highlight of the trip. I saw a guy remove his clothes and stand as if to alert the world of his goods and change to his swimsuit. I was petrified. Like who does that? The falls was AMAZING to say the least. We passed by the local to have some banana wine and something that tasted like Busaa. We ended the hike on a high note with a visit to Chagga Village. We had the most amazing food ever. The young men taught us how to coffee is made and we even had a chance to do it the natural way. Pounding then heating then pounding again then filtering to make fine instant coffee. We danced as we pounded on the beans and chaffed the dust.

Chemka Hot Springs, we woke up very early and set course for the day ahead. There would be lots of swimming and relaxing in water.
We get to Moshi and get to have a scrumptious breakfast. Chapo ya Mathe slurps!!

And as it is with the new ways of working, we parked at a shrub shade and all was quiet as we waited for someone to finish a zoom call. Also cameras had to be on 😂😂. Your guess is as good as mine!

Call done! Back on the road. We get lost a few times and Google maps doesn’t help. We eventually get there and let me tell you Maina, it’s as beautiful as the pictures. Actually the pictures don’t do it justice!.

I must say it was a good decision to go early morning as it wasn’t crowded.

We got the foot massage from the little nibbly fishes ☺️. Had some swing dives into the water and just a relaxing swim. Chips mayai was served for lunch.

After hours of soaking and the best lunch we have had we set course for Moshi town. And like the crazy lot that we are, we had to park to start looking for accommodation 🤦🏾‍♀️🤦🏾‍♀️.

We found an amazing place at very affordable rates and very charming receptionist.

This was the day we drank almost everything at the bar as the drinks were extremely cheap. Anyway, we were told Materuni was an easy hike.

Lights off! See you in Chalbi

THE ELEPHANT IN THE BUCKET

YOU THINK YOU HAVE SEEN IT ALL, UNTIL…

THEY SEE ME BOWLING…

A LITTLE BIT OF SOFTLIFE

CULTURAL INTELLIGENCE OR SO…

THE ELEPHANT IN THE BUCKET

THAT’S WHAT WE SAID